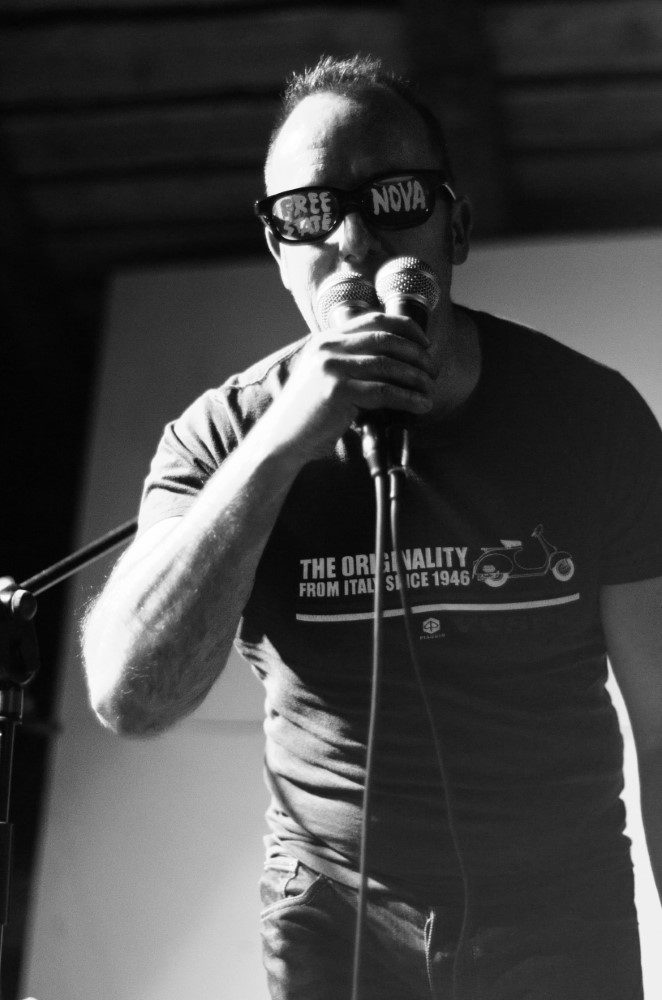 When the Spirit Store in Dundalk town opened up as a venue in 1999 it was in the middle of a singer songwriter deluge. I had no band and i was tired listening to lads singing about smoking hash or playing post grunge with mid Atlantic voices.I’d been to see Al Green and was amazed at the way the show pushed you out the door feeling good natured and righteous and i wondered could i deliver some of that while singing in my own accent about living at the borderland and also pulling in Pat Mc Cabe Public Enemy Patrick Kavanagh Captain Beefheart,Tommy Makem,cowboy songs Mark E Smith ,Flaming Lips,snooker halls and border discos, 25 years of shite jobs and a childhood immersed in the dual world of living in a land split in two by Colonialism .Taking the mantle of The Free State Nova an anti hero for the North East ,the forgotten province of Oriel , the aim was to sing songs about the strangeness in the ordinary day to day existence of living below the army masts of the Armagh Mountains and the TV transmitter at Annaverna.Sometimes lucid sometimes maddening but always striving to create a world apart this is the music and here are some songs to bring your head on a journey through the subterranean cracks of the concrete jungle and the dilapidated fences and walls along the Muirheavna Plains.